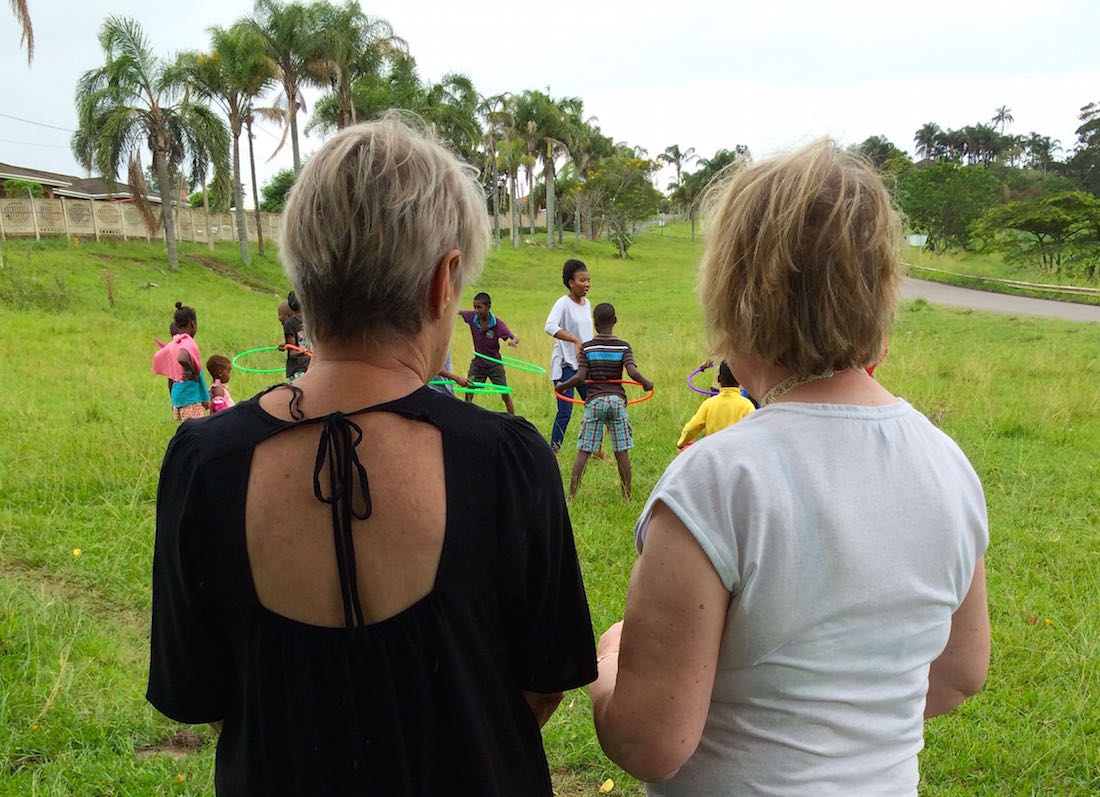 Posted at 11:47h in Uncategorized by BobbiBear_VIP
0 Likes

After my first seven years of hell in South Africa, I met a young Zulu man who had just left school and what an amazing young man he was. He taught me so much about the Zulu and Xhosa cultures. He eventually died in my arms five years later. I was outraged at the treatment this young man got from the medical authorities in 1987. The facilities for treating HIV all over the world were abysmal. I then began a grassroots activism campaign for HIV/AIDS. This again presented challenges for my family, because of the stigmas around the disease and my popularity in South Africa reached its Zimbabwean levels. I have always campaigned for rights for woman and children. My husband has always come to my rescue when people wanted to arrest me and put me in jail.

In 1990, I was called to Lower Illovo, to assist a 32-year-old woman. The Government clinic had told me they could do nothing to help her medically or otherwise and then gave me a written letter, stating that she had contracted HIV/AIDS. Her nine-month-old baby had died the day before. She had a six-year-old son and nowhere to live, no food, no money and no way to get to the hospital to claim her baby daughter’s body back to bury her. When I went to ask for money to help her I was told by the authorities “why should we help, she slept around and got AIDS and her baby is dead anyway”. My answer to them was quite simple: “when your husband, child or relative dies I don’t want to see you having any kind of fancy funeral, just throw your relative over the back fence because that is what you are expecting this woman to do”. I then began another campaign for the dignity of orphans, which found me in 1994 sitting under a tree in Lower Illovo crying my eyes out because my work had put me face-to-face with the fact that nine-year-old children were HIV-positive. In those poverty-stricken days, there was no way that if a child had contracted HIV/AIDS from their mother they would live to see 9 years of age. It occurred to me that these orphaned and vulnerable children were positive because they had been raped or sodomised.

Our law at the time had the Cautionary rules for women and children very firmly in place making it impossible for them to report a rape, never mind getting a conviction. This was the start of two more campaigns. One to stamp out Cautionary Rule from our law, which I am proud to say, was successful in 1997. South African women now stand before the courts with the same rights as a man. The other campaign originated in my finding out Government hospitals had the Post Exposure Prophylaxis HIV medication available for their doctors and nurses in 1990. At this time if a doctor or a nurse stabbed themselves with a needle from an infected patient they got the drug within two hours. This drug cut their chances of contracting HIV by 80% if administered in the right timeframe. I demanded this drug be made available for the raped children. This was a difficult campaign to run as  I was working out of the boot of my car with no funding. It was at this stage the Tree Clinic ladies – who had now grown to 300 and were fully developed in claiming their rights – came into their own, and together we clashed Government to demand Post Exposure Prophylaxis for rape victims, which was achieved. My home was packed to capacity with abandoned and abused children.

While I was crying under a tree, a woman entered my life, and asked me if I was scared of being white in a black area? I told her I was not scared, I was just very desperately sad. We spoke for hours. I told her I had no money but had lots of knowledge in HIV, and if she would like to bring her friends, I could teach them. The next Wednesday she arrived at the tree with 30 women and the Tree Clinic was born.

I trained the woman from Lower Illovo to be an inspiring living ambassador at a time when women were getting killed and driven from their communities if they were discovered to be HIV-positive. This woman stood toe-to-toe with me and risked her life countless times to tell people how she was coping with the disease, passing on her lessons to others. With the help of another ambassador, we gate-crashed several governmental and parliamentary meetings. Unfortunately, government bureaucracy was slowing us down and these two brave outstanding and beautiful women, who gave their lives literally for other HIV-infected people, died in my arms. The Tree Clinic evolved into a democracy development programme, HIV/AIDS wellness management, built by strong women to help other women.

The women and the children under the tree were reporting the most horrendous rape cases to me. The law was against them, and the very systems designed to protect them abused them to such a brutal extent, that at times I would rather have given the child back to the sexual predator – at least he gave them sweets.

I came up with Bobbi Bear and the Edu-Toy programme to present in schools so that children would know how important it was to report sexual abuse immediately because of the HIV/AIDS infection risk, but also due to the PEP manufacturer’s warning stating the drug had to be administered within 72 hours of said abuse.

Around this time my best friend was killed in a car accident. While I was working with nothing and challenging every status quo I possibly could, my friend, called Bobbi by her friends, supported me from Zimbabwe. I decided to celebrate her life and named my bear after her.

Every project I develop in Bobbi Bear is named after somebody who inspired me. I have experienced abuse, horror, death, laughter, love and bravery in other people, all with a superhuman dose of inspiration. My life has been an adventure because of the people God has placed around me. I have lived and, if I die tomorrow, I will be remembered.